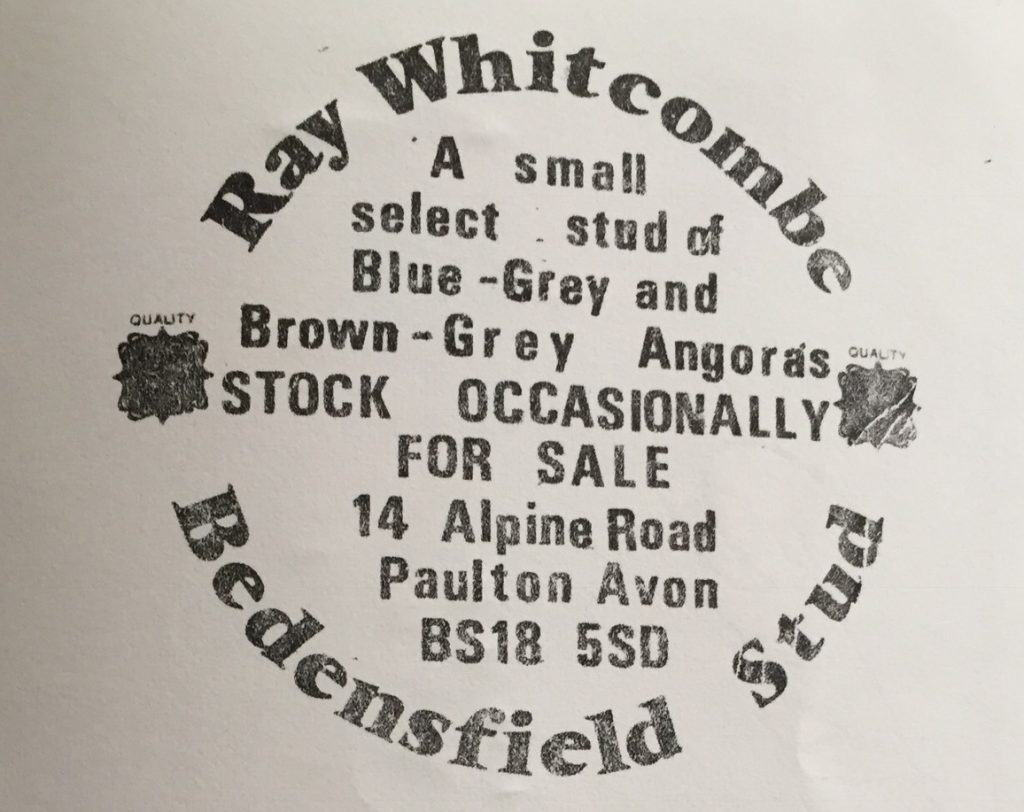 I was sorry to hear the sad news that Ray Whitcombe has died. He was a lovely man who did a huge amount of work for the National Angora Club over the years when he worked as secretary in the 60s and then a few years ago until ill health made him give up. He was an active exhibitor of stock and products as well as an experienced judge in both.I have many happy memories of spending time in his company. Love to his family at this sad time xx

Rays interest in rabbits started when he was a child, as dinner not keeping! The elderly couple that lived next door to him sometimes shot rabbits to eat and saved him a leg for his tea! His first 2 pets were a pair of chinchillas called Ching and Chang that unfortunately escaped – he always strenuously denied letting them out.

His next foray into rabbit keeping was when he was doing his A Levels. He was living in Chipping Sodbury at the time and bought 2 supposed English does from a local market, these were returned a couple of weeks later as they were both bucks and fought like cat and dog! Next came a Flemish giant the lived for 9 years but it wasn’t until 1966 that his true involvement in the fancy first began. The parents of one of his pupils kept and showed Dutch rabbits and it was with them that he attended his first shows. In 1967 his fate was sealed when, whilst exhibiting at a show, he heard a funny hissing sound. He investigated and found a woman fussing with what he thought was a woolley hat – it was of course Mrs Pratley grooming her show angora. Ray was well and truly hooked and from that moment on Angoras became his passion.

He became secretary of the National Angora Club after the great Joe Holmes retired, stepping down only when he went abroad to teach. On his return to this country he picked up in the angora fancy where he left off. He was a breeder judge, he handspun and was products judge, a council member , Vice Chairman and then Chairman. He always attended stock shows and was a regular visitor at the Ewerby social weekends at Dennis and Sandra’s until ill health overtook him.