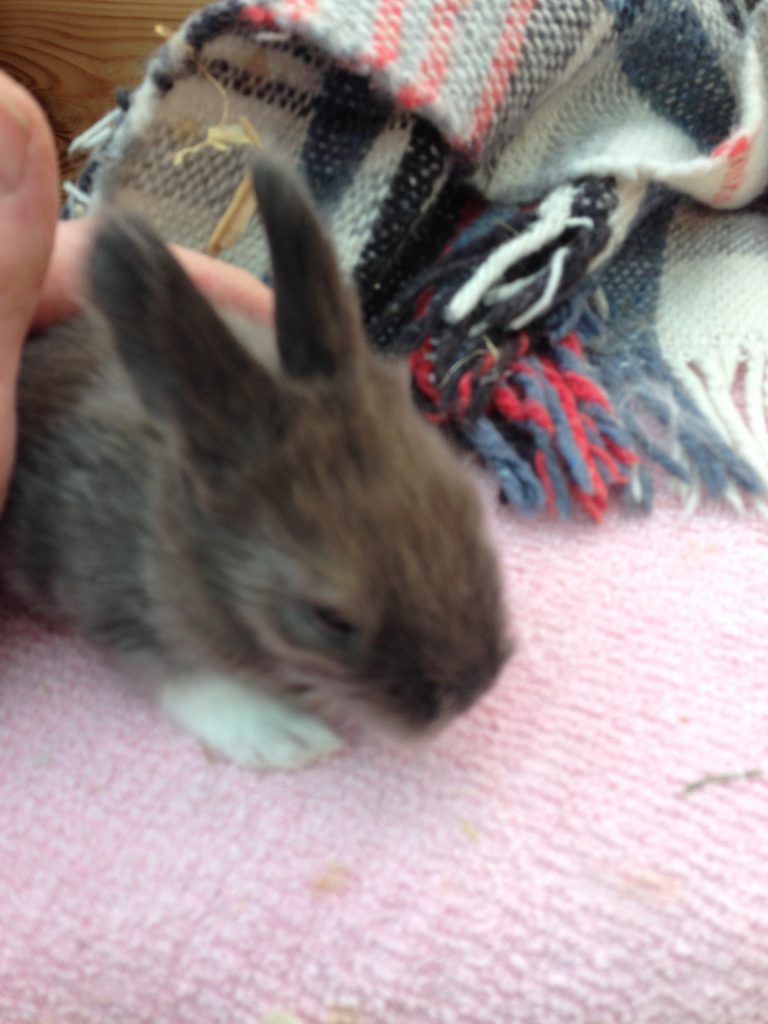 Some imported Angoras carry the blue-eyed white incompletely dominant gene v, otherwise known as the Vienna gene. If White Angoras are bred to White Angoras, this usually goes undetected and doesn’t cause a problem. However, if a White carrying the Vienna gene is crossed with a coloured rabbit, for example a Smoke, the coloured offspring may have white markings. A heterozygote, Vv, may have white stripes to the face, white paws and partially blue eyes.

As the gene is incompletely dominant it may remain hidden, and surface later unexpectedly in the breeding programme. Breeding Vienna carriers into show lines can, unfortunately, cause problems for generations to come. Rabbits known to be Vienna carriers should not be used for breeding into show lines, but can make excellent wool Angoras and attractive pets.

It is important to be aware that if a Vienna marked mother has non Vienna marked offspring, these little rabbits may still be carrying the hidden Vienna gene.