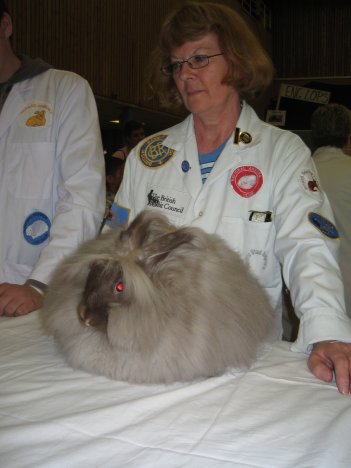 Bourne Stud is the angora stud name for Sally Mays angora’s. Here is a brief profile of how Sally got started as a breeder of Angora rabbits. 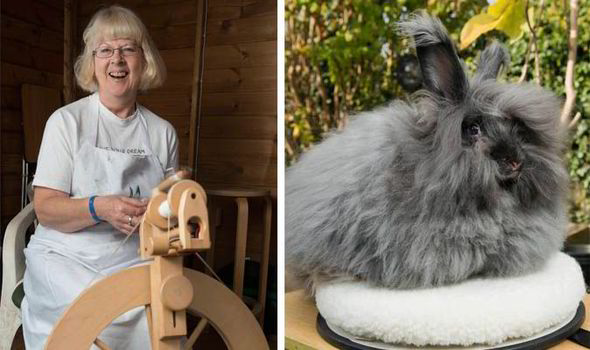 I started in about 1975 when I was given a pair of blue angoras by a friend as she didn’t want them anymore. They had been bred by Mrs Pratley and were a couple of years old. I had no success in breeding the two, so I contacted Mrs Pratley to see if I could obtain some more. Unfortunately I had to join a long list of people waiting for them. 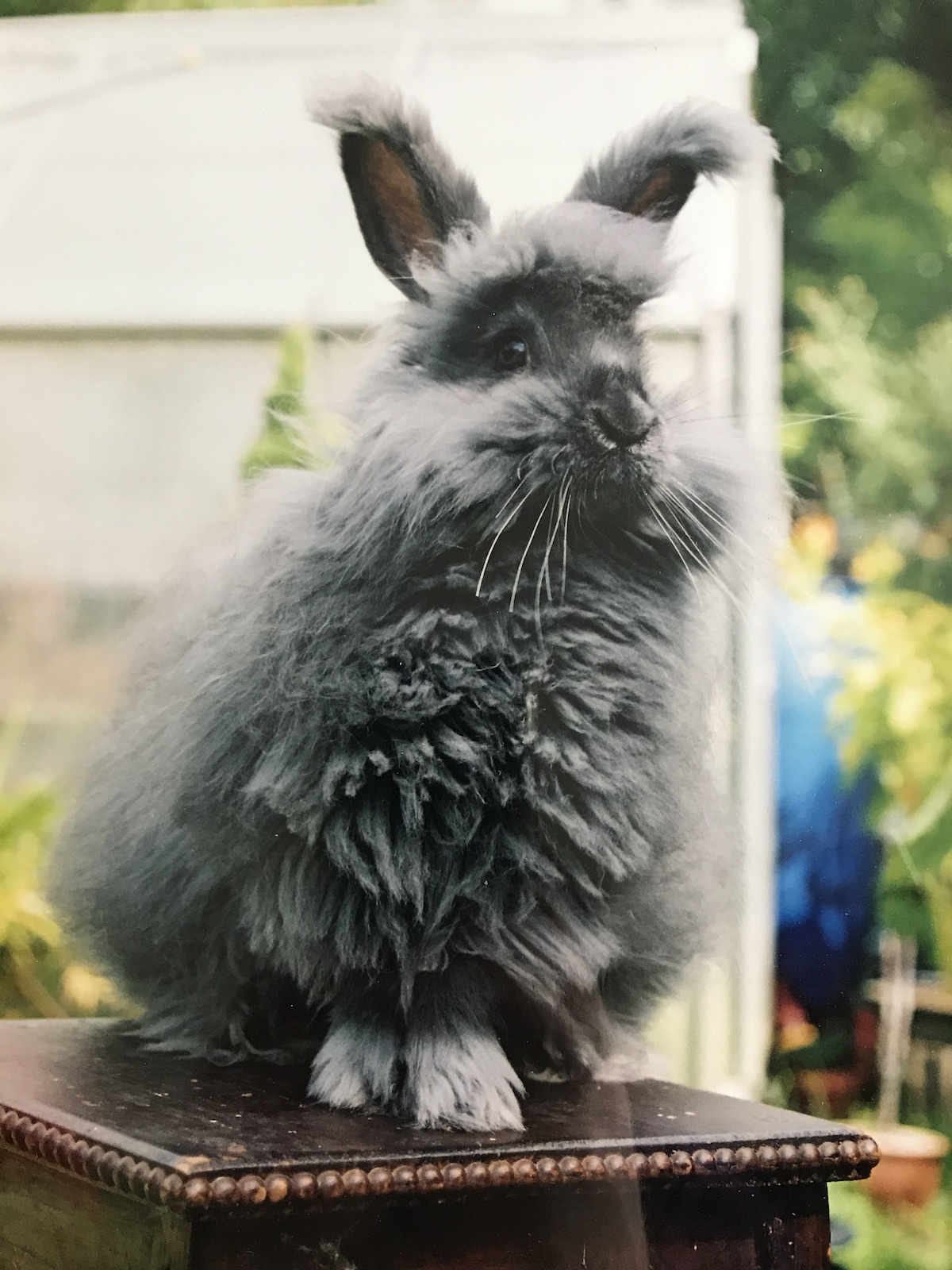 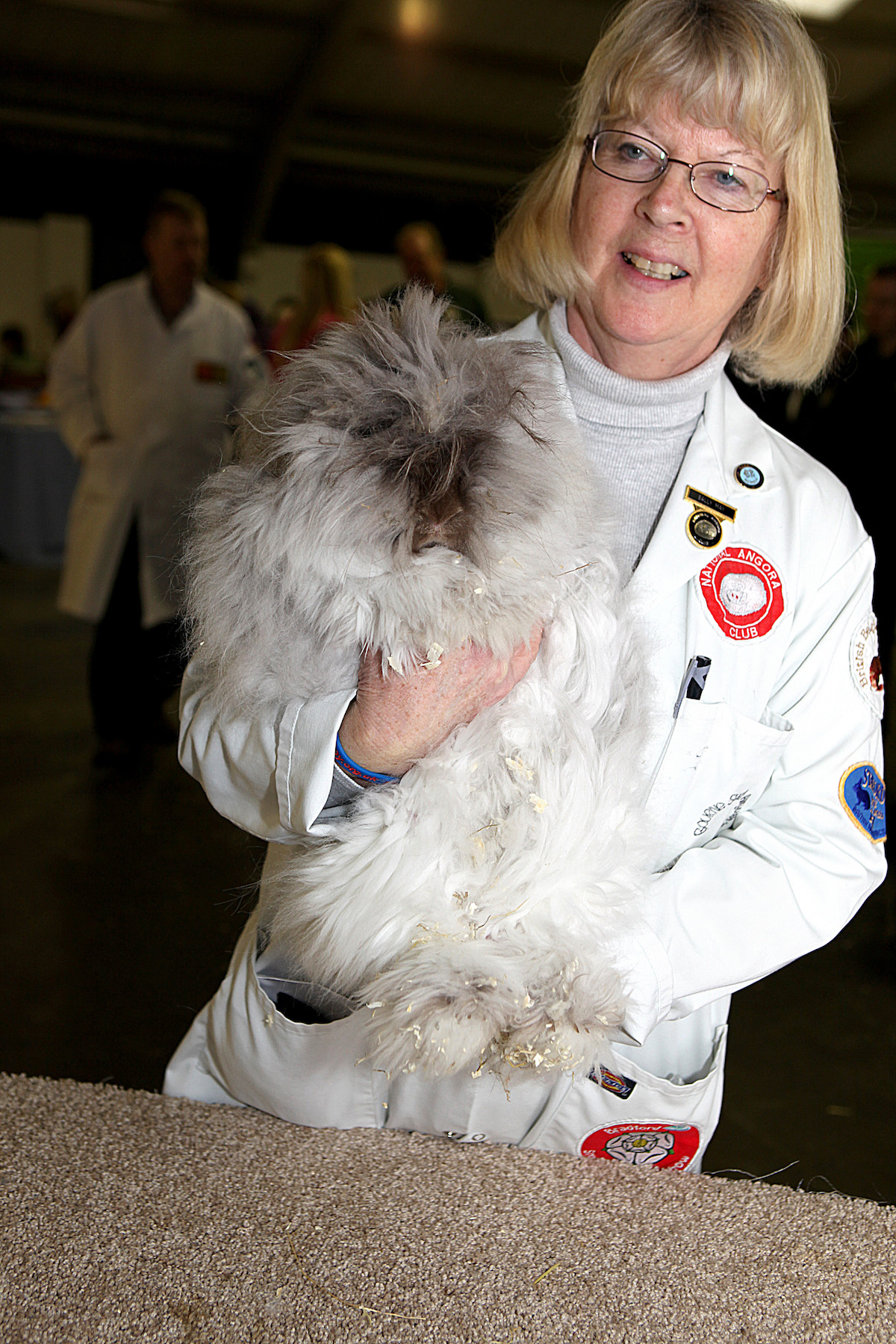 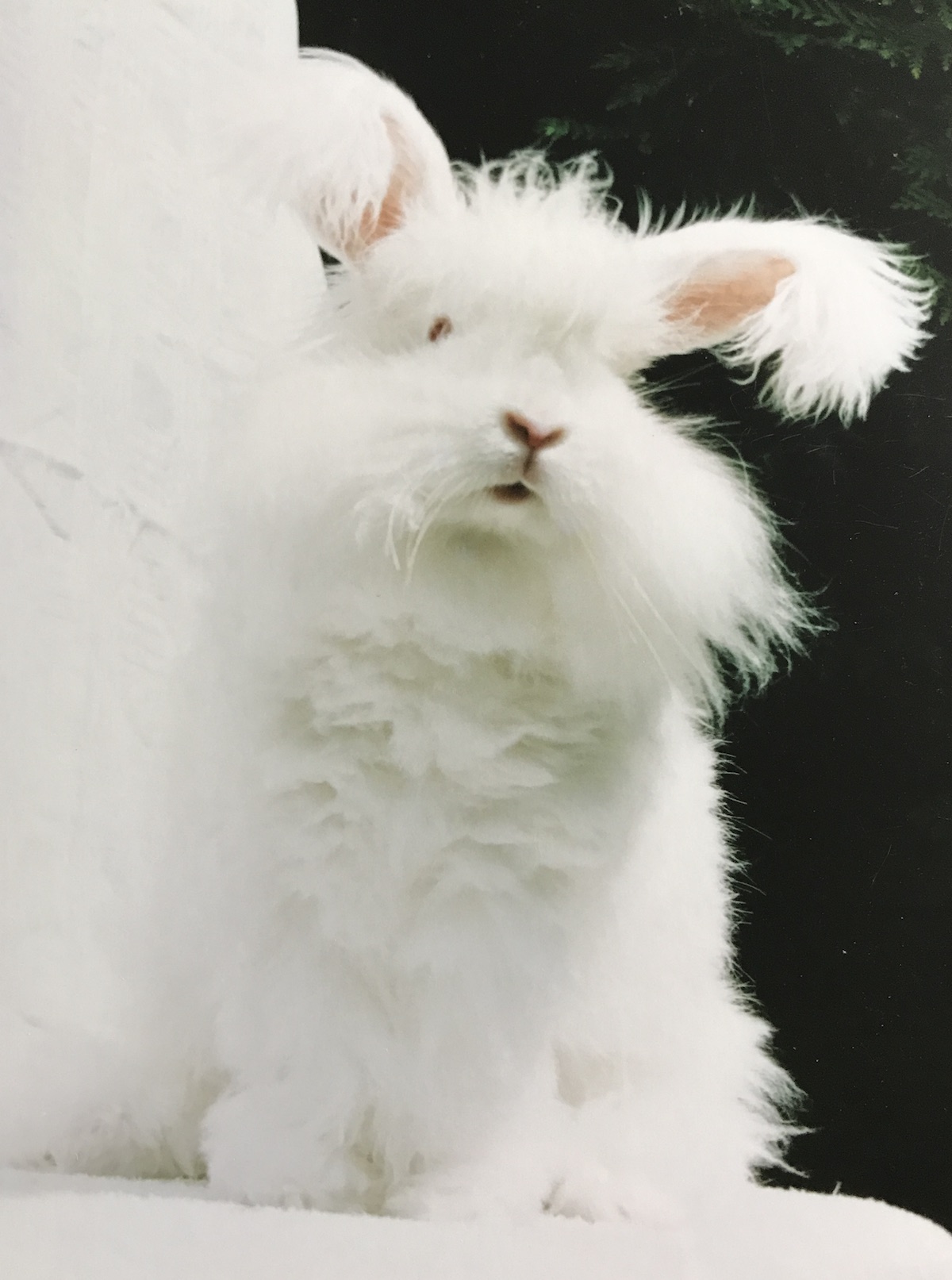 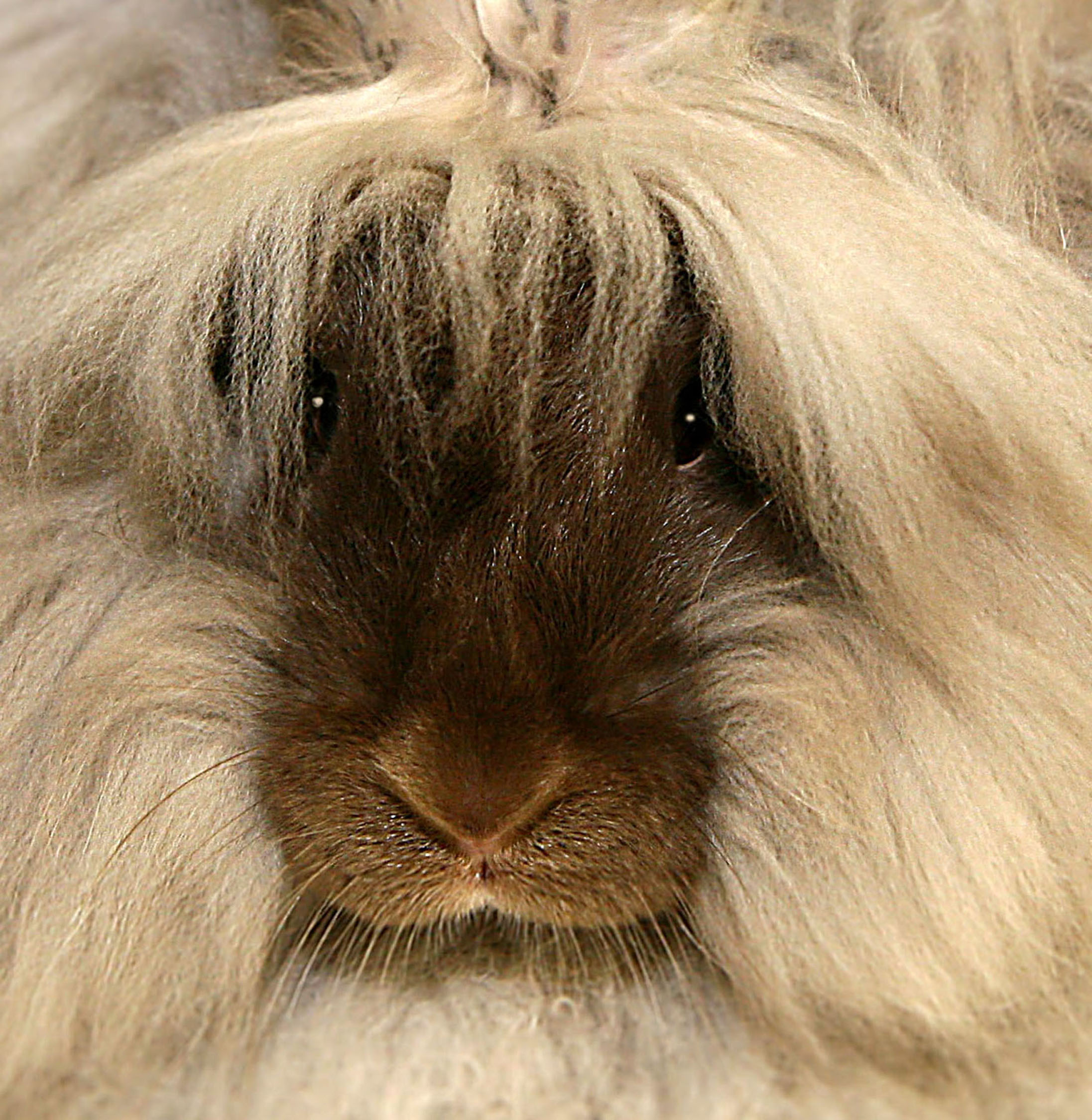 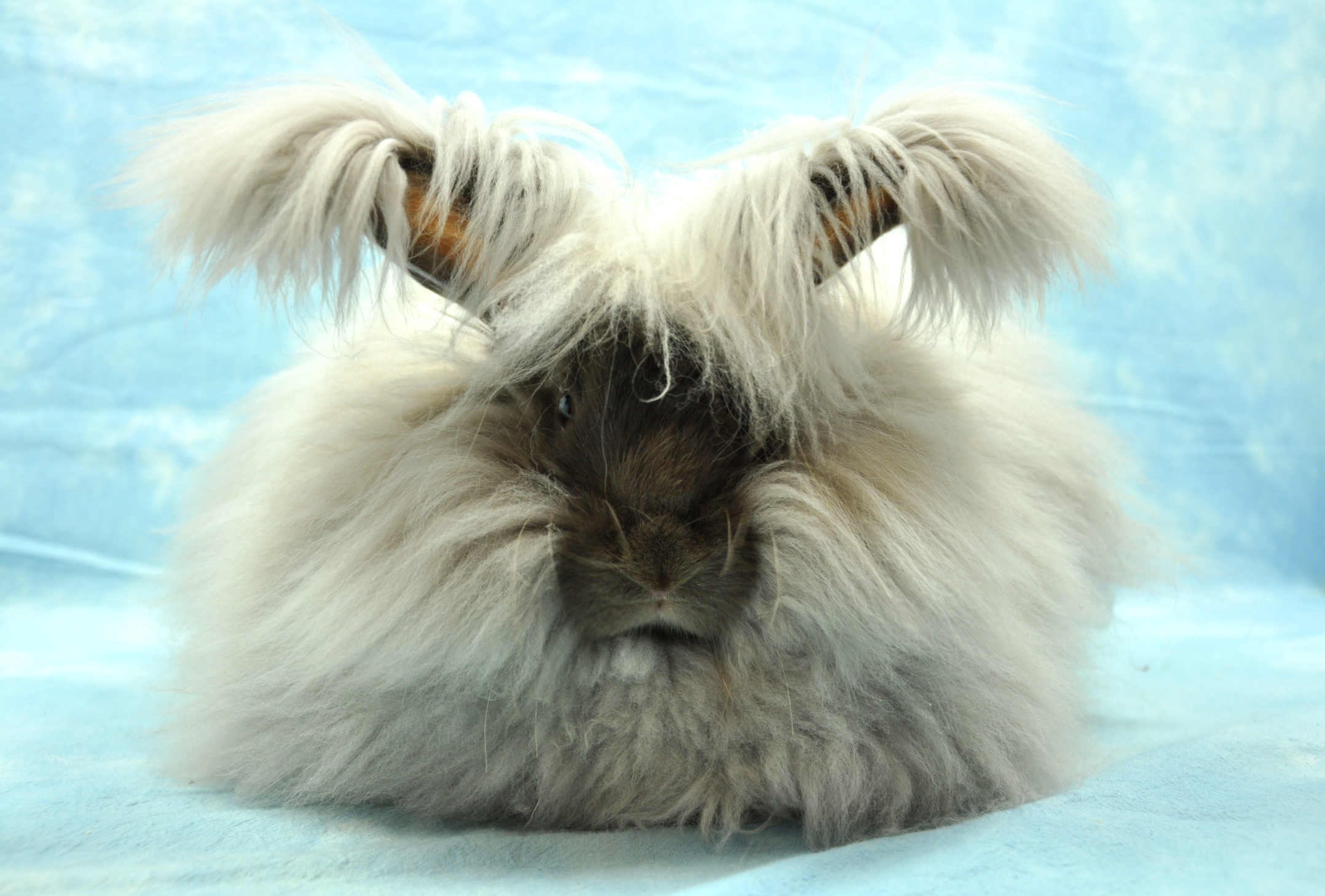 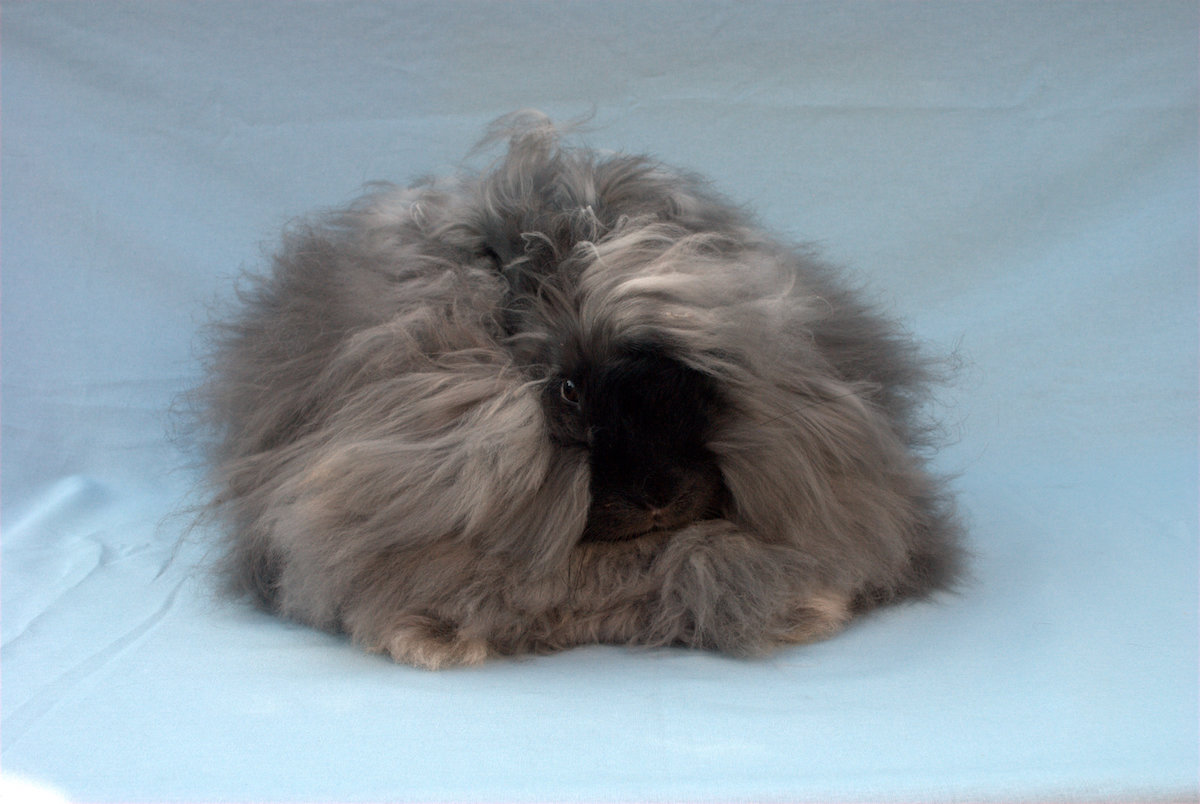 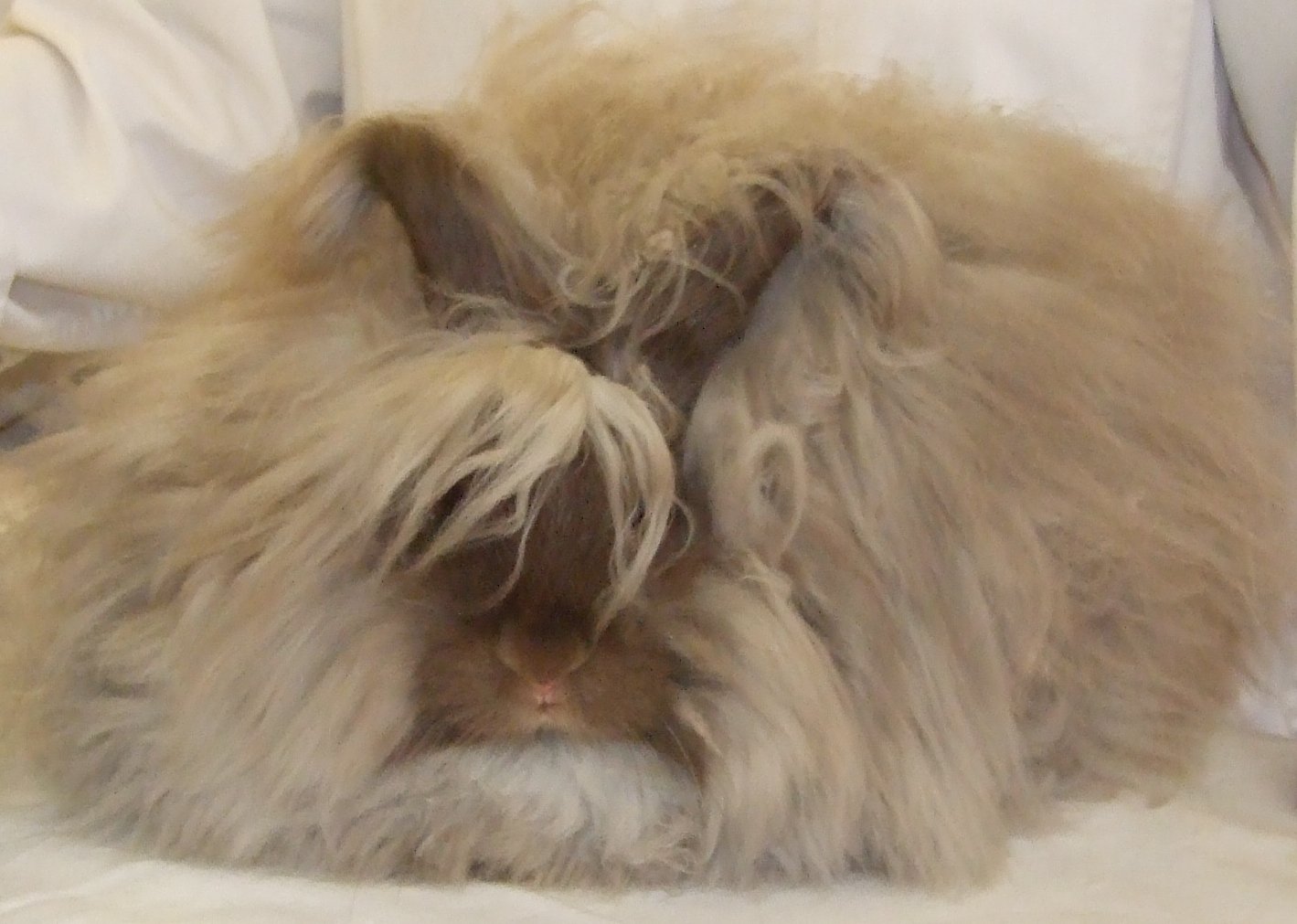 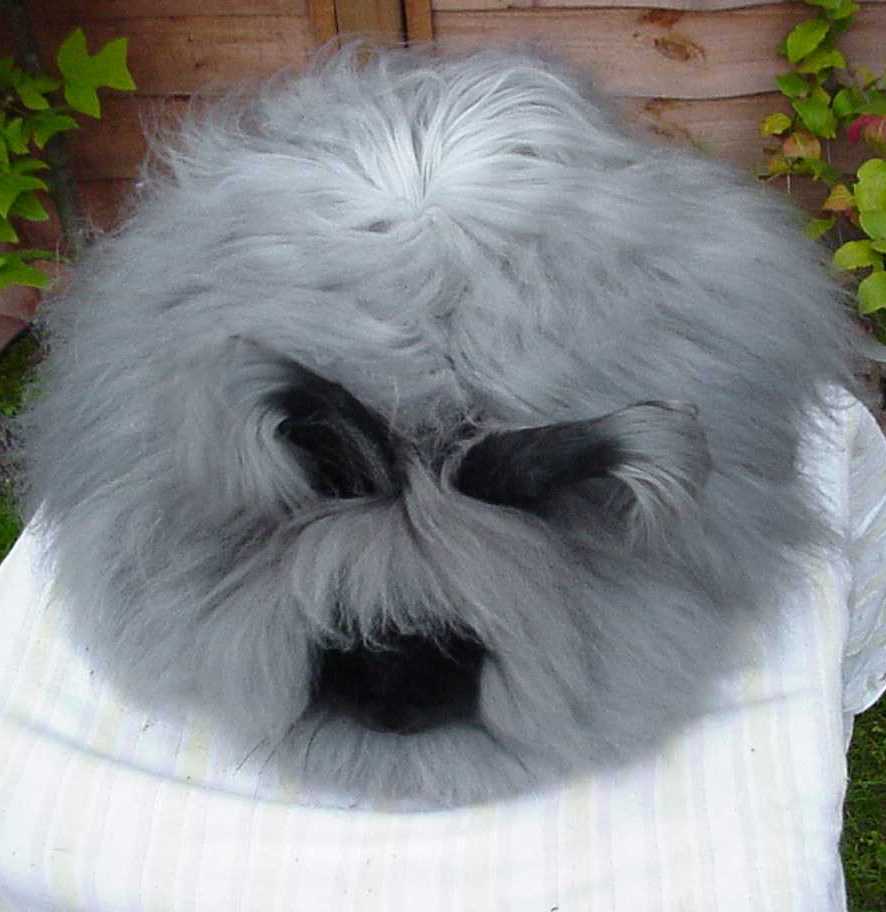 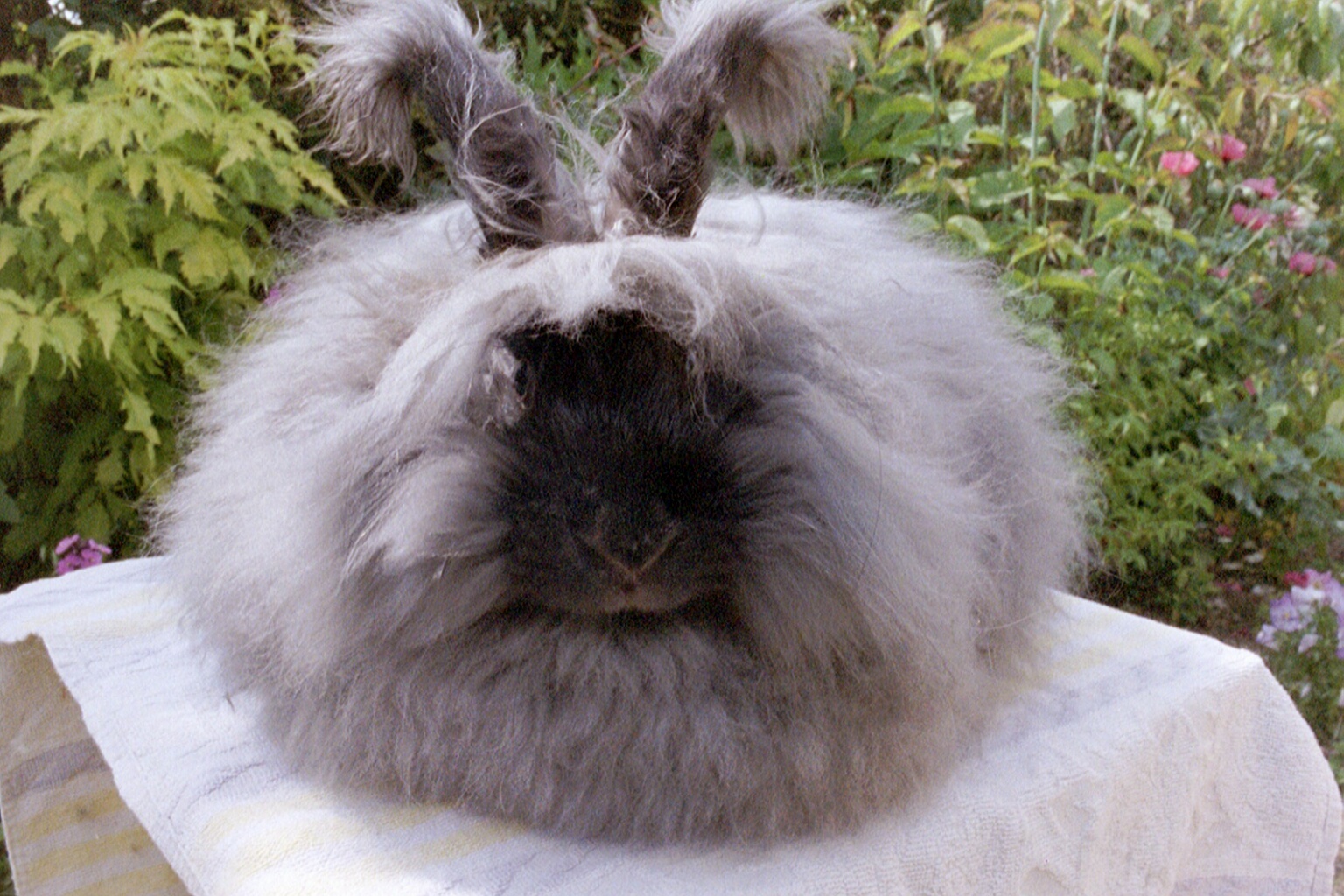 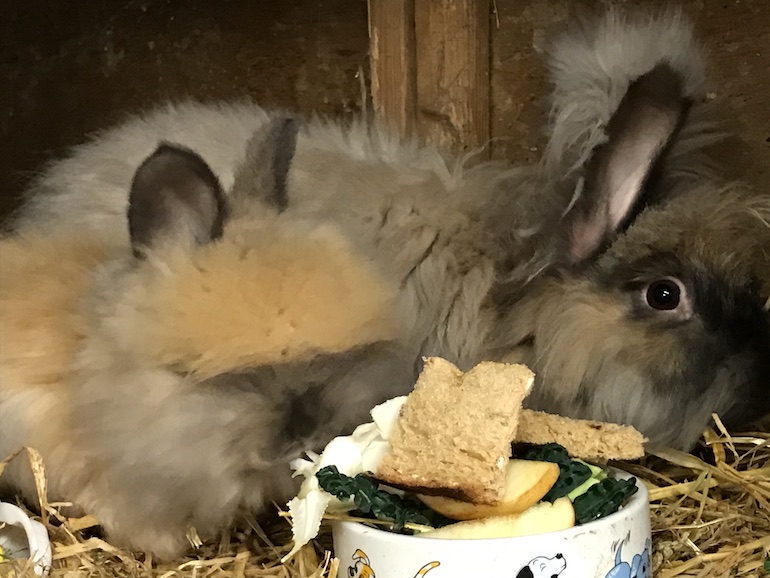 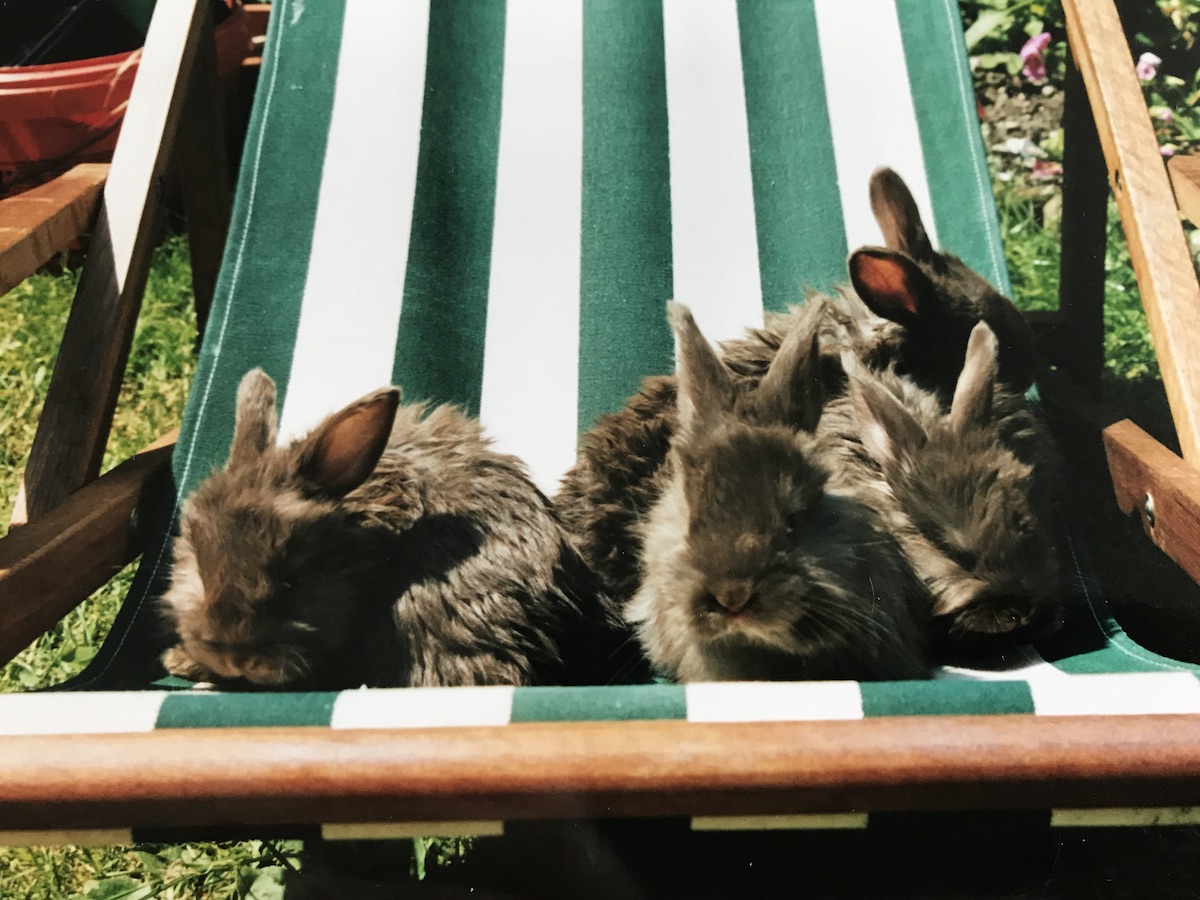 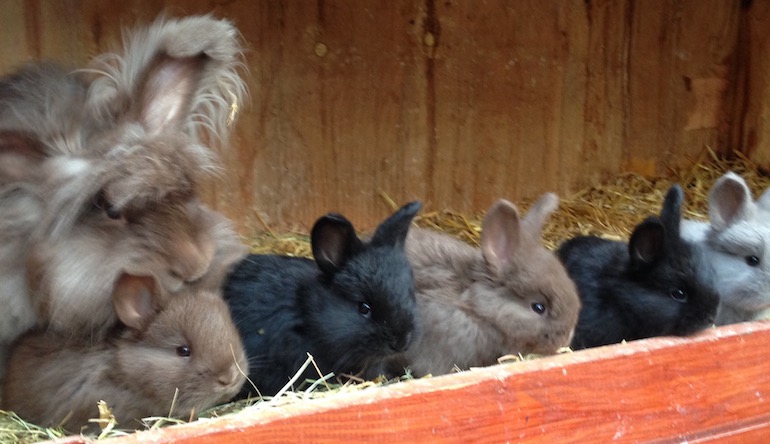 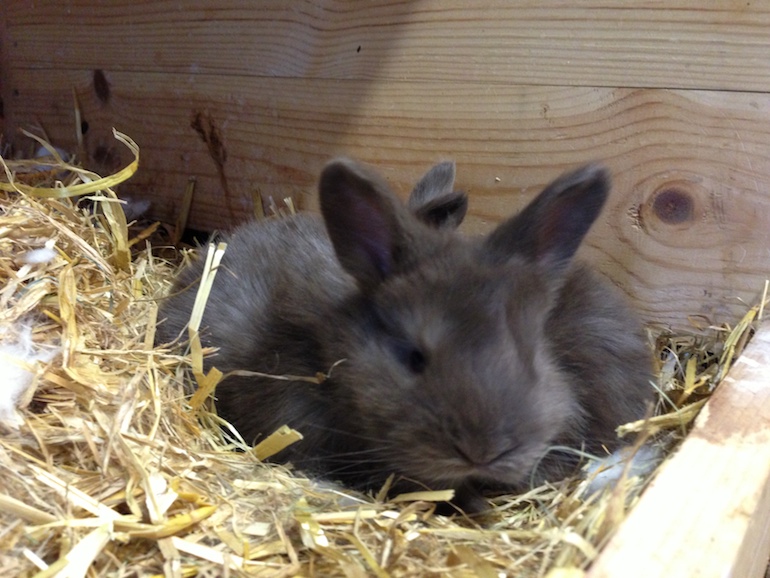 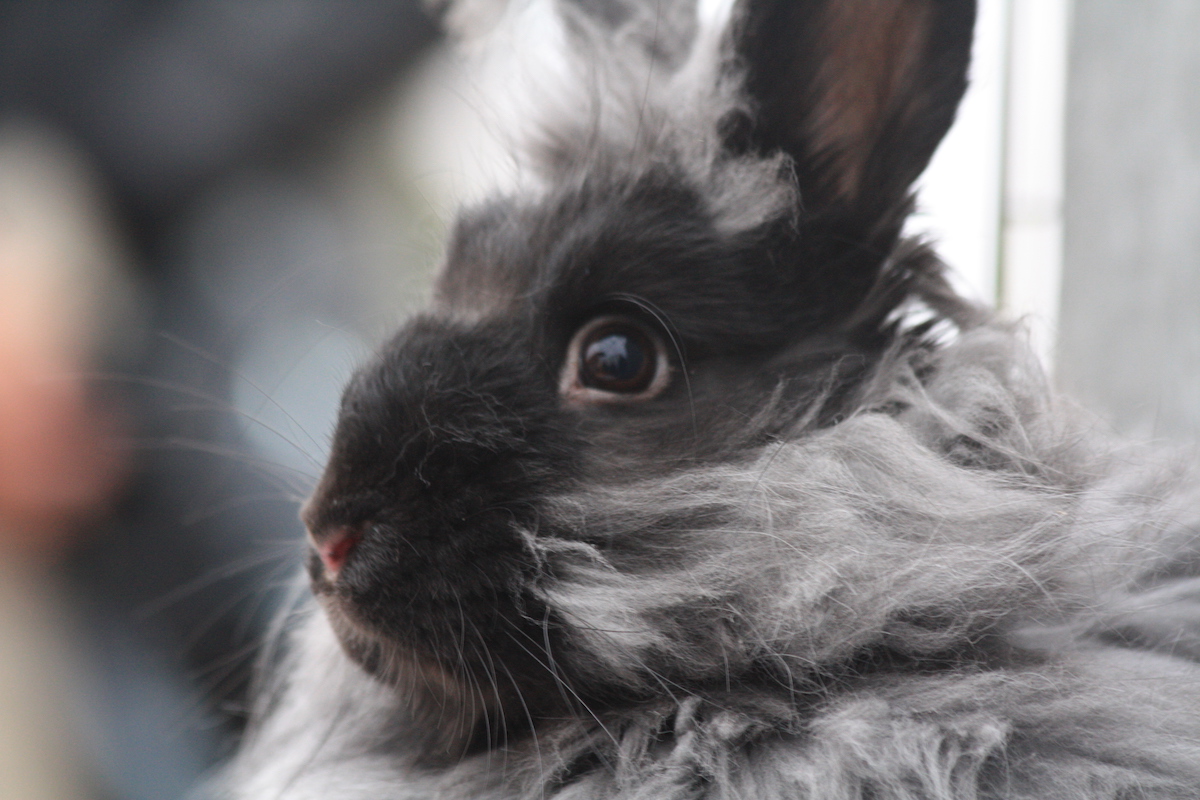 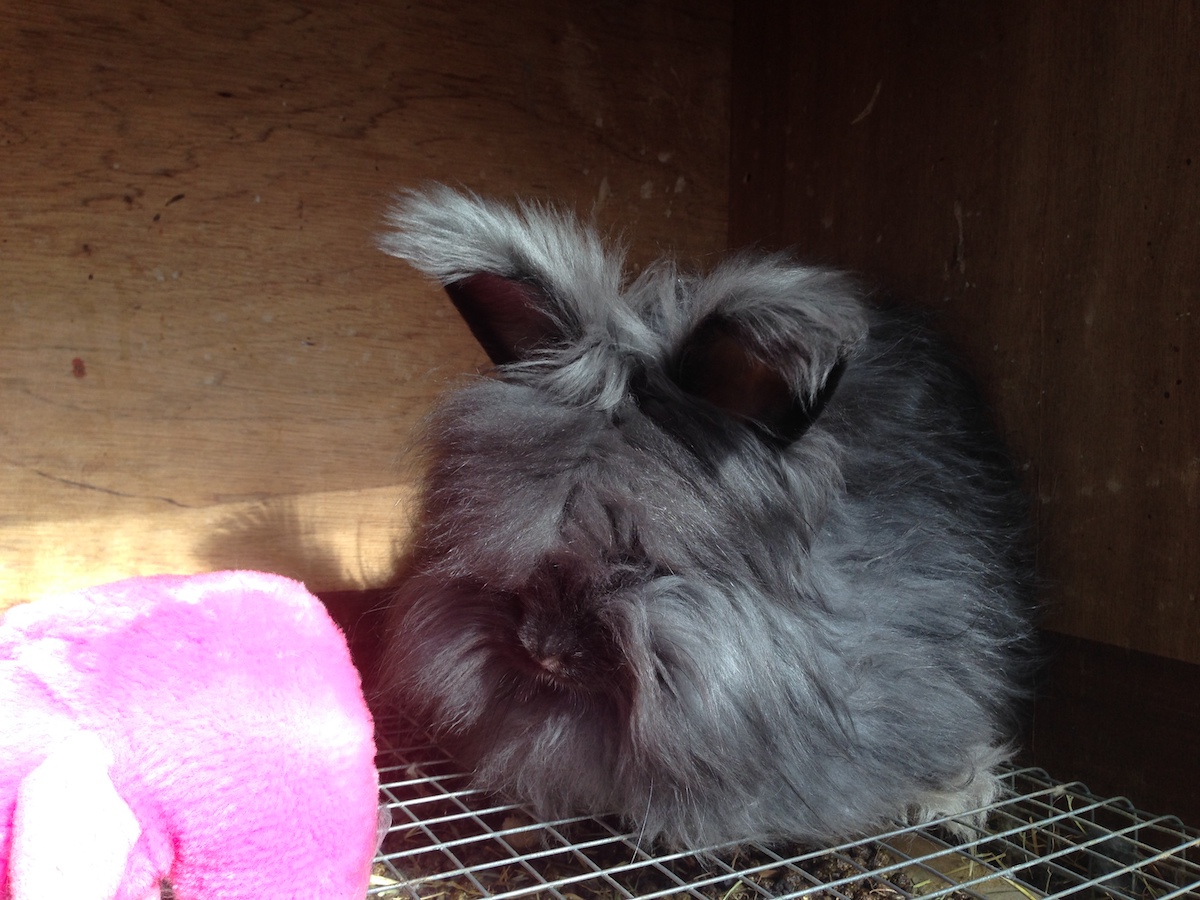 In the meantime I used to go to rabbit shows to show my English Lops, meeting a few angora enthusiasts, but still had no luck. I had put an advert in the local paper to sell baby lops, and was contacted by Gillian Holford who was actually looking for an angora. She had one and I had two, so we got together and Bourne Stud was born. Both of us managed to get a rabbit from Mrs Pratley and Mrs Yvonne Caladine and never looked back. 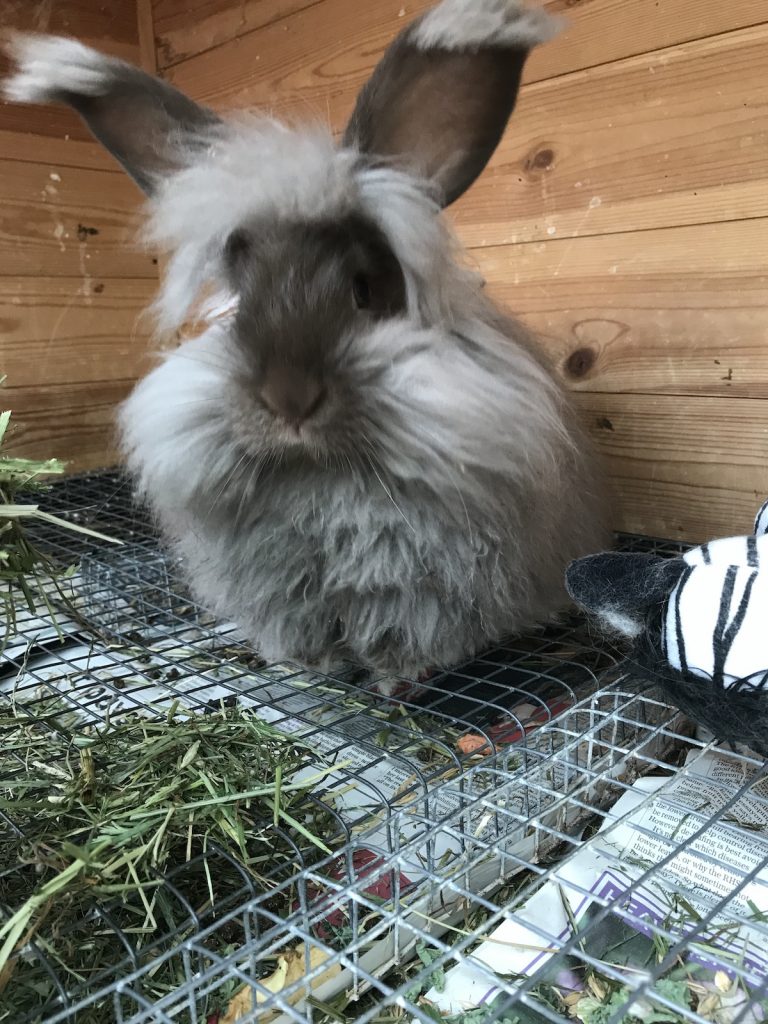 Gill decided to try to bring back the chocolate angora and contacted Peggy Grant-Dalton for a pair, she duly got them and they were so far removed from the chocolates you see today, but she persevered and when she decided to stop breeding rabbits, I carried on improving the chocolates, until I won Best In Show (BIS) at London under judge Yvonne Caladine with a chocolate Doe called Buddha. Since then I have had many chocolate winners, and smokes and Blues which are my favourite colours. 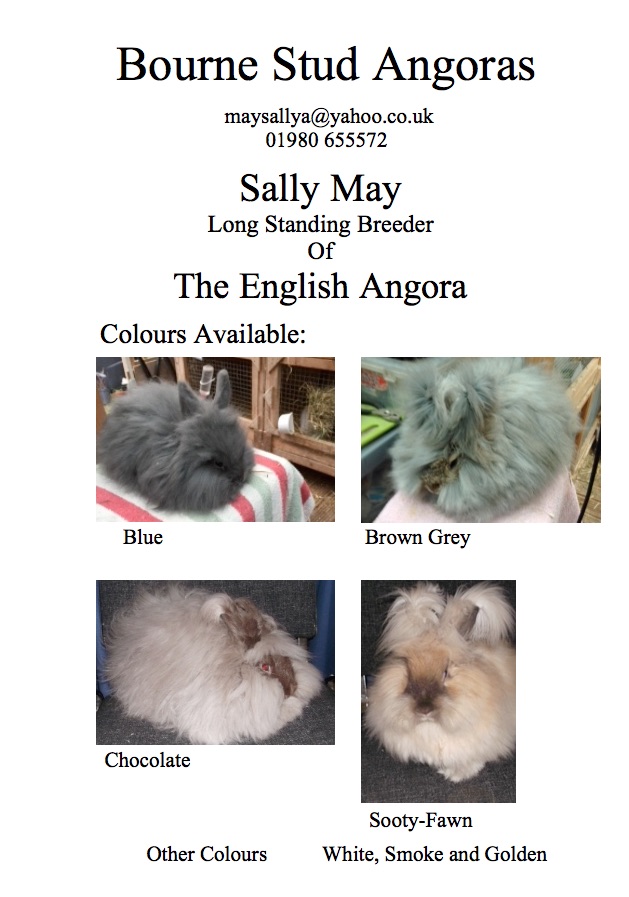