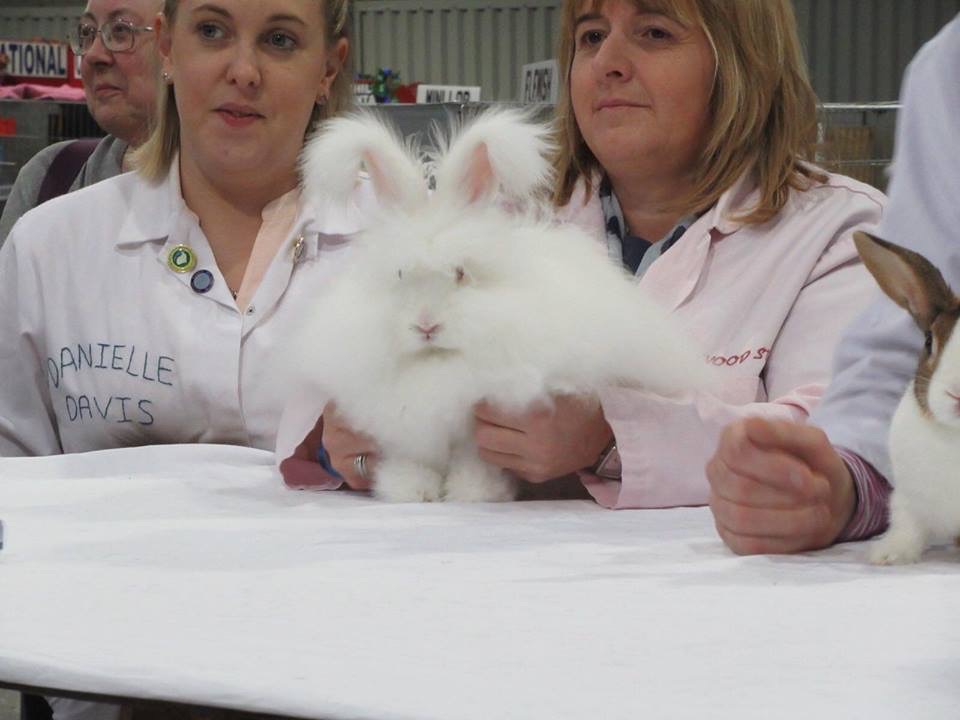 The National Angora Club (NAC) held a stock show at the London championship show last weekend. Sadly there were only four entries and one of them was absent. The judge for the stock show was Geoff Boot. Foxwood stud had the best angora with their u/5 white. 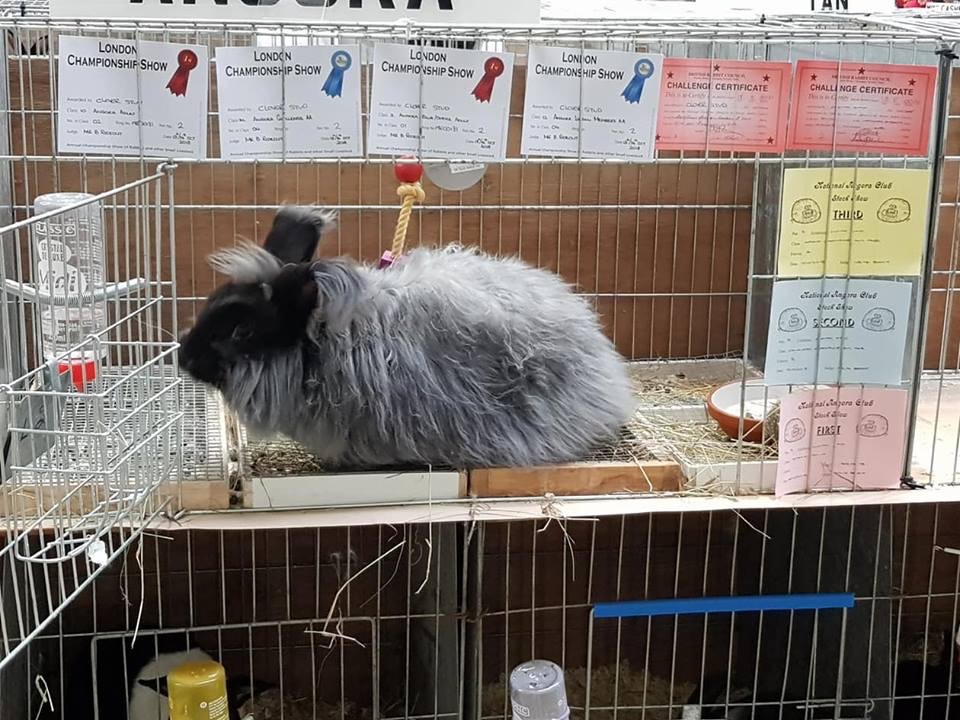 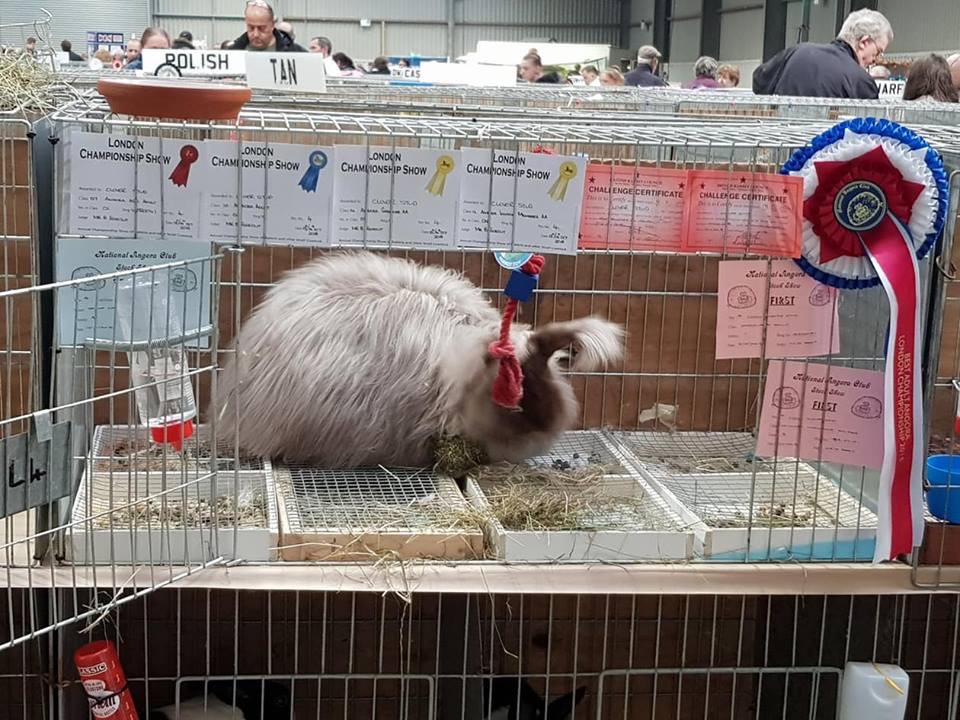 Clover stud had best adult with their chocolate doe and they showed a smoke buck who did well in the London show. 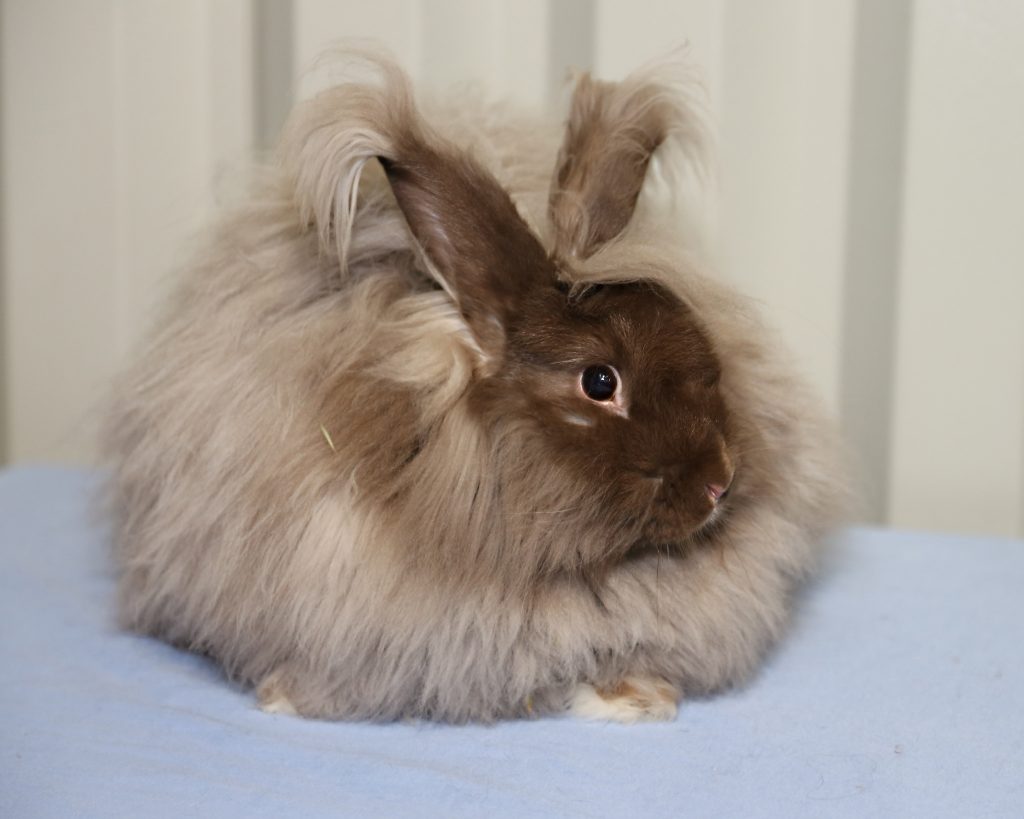 Congratulations to all the exhibitors, well done, I know how hard it is to get a rabbit to show standard for two days running.